In this series, I am creating a typing game with React and Redux. Including setting up a backlog, CI, and Testing. You can find the project here

I am treating this project as a real world project, I will talk about the right way of starting a project from planning, setting releases, and using merge strategies to defining stories, setting boundaries, and finally automating the build process to work in our favor as much as possible. In this post, I will cover these points and, at the same time in the repo I will use best practices so it is easy to compare.

I want to create a typing game with space invaders flavor

The game will consist of blocks, each block containing multiple words, and a counter, if the counter reaches zero then the player loses. 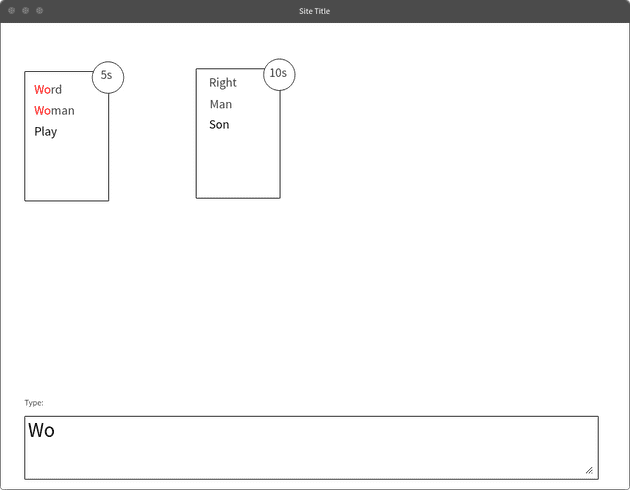 Our plan is simple; we will create two releases, the first release being the core game features and the second will be enhancements

A different type of planning is choosing a merge strategy, and how to manage the git repo. I will go with git flow. To read more about the topic of merge strategies check this guide.

Another great topic that is not often looked into is commit message format; we will be using the angular guideline, which I highly recommend.

A great github tool that helps us to standardize PRs & Issues format is to use templates. Creating ISSUE_TEMPLATE.md and PULL_REQUEST_TEMPLATE.md will pre-fill the text when creating an issue or a PR. It is useful to put guidelines on steps/sections when creating issues/PRs so that every user will respect them.

I think, when starting a project, these are some of the most important things to prepare at first to ensure the consistency of the project.

The biggest issue when working on a new project is not setting up the definition of done. Setting a release plan and also boundaries for each task instead of just working on the game is important for many reasons. Just working on a game will drag on forever, because whenever you should be working on one feature, you will find yourself constantly creating/working on new, unrelated features

To avoid this, I am going to use zenhub for creating and managing stories. ZenHub extends GitHub, and all stories you create are GitHub issues with the added bonus of having another tab in GitHub (Board) from it, so you can easily manage sprints.

The benefit of using all these tools is that, now, everything is on Github, it is the single source of truth.

The other part of defining is trying to be as detailed as possible. One thing I see a lot is vague stories. Let me tell you an example:

You might find this definition is okay, but If I got assigned to this story, I would have the following questions:

There are two things I want to do here

we can use husky for preventing bad commits; it adds hooks to run precommit & prepush scripts, so what we could do is, in package.json

Adding Travis is simple, we will create .travis.yml with the following

After that, going to travis and adding the github project will do the trick. Now Travis will run npm test after pushing code while working on a feature